Evinrude Outboard Motors began as a North American company founded by Ole Evinrude in Milwaukee, Wisconsin in 1907 which was a manufacturer of outboard motors for boats. From there forward Evinrude saw many changes in ownership and mergers for several decades until the year 1929 brought Ole Evinrude full circle with a partnership acquisition of his former company Evinrude Motors on February 23, 1929. Art this time the Outboard Motors Corporation (later renamed the Outboard Marine Corporation) was formed. It became the publicly traded Outboard Marine Corporation (OMC) since 1935, However, OMC filed for bankruptcy in 2000. It is now a subsidiary of Canadian Multinational Bombardier Recreational Products.. Continued below 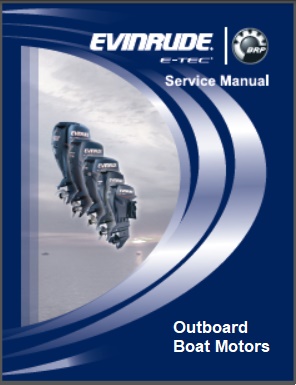 After founding Evinrude Motors of Milwaukee in 1907, Ole and his wife Bess (who was the author of the catchy advertising slogan (“Don’t Row! Throw the Oars Away!”) built the company into a commercially viable operation that eventually began to thrive despite business-related machinations, mergers, non-compete clauses and buyouts.

Innovation was always key, even as the country slogged into the Great Depression. Industry firsts included outboards with electric starters, folding shafts and, eventually, a two-stroke configuration that generated a thundering 40-hp.

In the year 2000, OMC, the owner of Evinrude at the time since 1935 was forced into filing Chapter 11 bankruptcy, and in 2001, Bombardier Recreational Products acquired Evinrude and Johnson, making them subsidiaries.

Under Bombardier leadership, a revolutionary new design that became known as the E-TEC direct injection model improved fuel efficiency and led to better emissions. A pinpoint oiling system reduces both oil usage as well as petroleum contamination to the environment.

From there the focus on reducing maintenance rebuilt the company’s reputation for reliability with their E-TEC motors. The E-TEC was the first outboard engine ever to win the United States EPA’s 2004 Clean Air Excellence Award in recognition of its low emission levels. Evinrude’s new E-TEC model engine designs come in outputs ranging from 15 to 300 horsepower, and the even newer E-TEC G2 (generation two) line-up ranges from 115 to 300 horsepower.